If you are arrested or indicted for a criminal offense in Texas, your will likely have many questions and concerns about how to best handle the situation. You will likely have questions about what will happen to your family and responsibilities, about the effect this will have on your future, about how this incident will affect your job, about how you will secure your release for jail, and about how to defend yourself. The best way to protect yourself is to obtain legal advice from an experienced attorney as soon as possible.

Brandi understands Texas criminal law and the court system and can help you through the process by exposing weaknesses in the case against you and building a strong defense to help you secure the best possible outcome. Brandi can also advise you on options that could allow you to limit the effect the charges you are facing have on your life and future, including participation in a first time offender or pre-trial diversion program.

Underwood Law Office offers criminal defense to individuals in North Texas accused of crimes such as:

DWI / DUI / Alcohol Related Crimes
If you’ve been charged with Driving While Intoxicated, Driving While Under the Influence or Boating While Intoxicated, it is especially important that you reach out to an experienced attorney as soon as possible. Not only can these types of charges result in a criminal conviction and the consequences that come with a conviction, but they typically also come with a driver’s license suspension and imposition of additional restrictions, even before formal charges are filed.

You will have just 14 days from the date of arrest to file a request for an Administrative Law Review hearing to dispute the automatic suspension of your license.

Brandi can also assist you in navigating the restrictions imposed on your bail and your ability to drive a vehicle while you are waiting for the underlying charge to be resolved.

Finally, Brandi can assist you in defending your rights or securing the best possible deal in the underlying case before the court.

Theft
Theft is the act of taking the property of another without their permission and with the intent to deprive the owner of the property.

Even if the number of items or the value of the property taken is small, theft can be a serious charge and can have serious consequences. This is especially true if you have previous been convicted of theft. Under the Texas Penal Code, a previous conviction for theft could allow the state to enhance the charges, resulting in a minor charge being charged as a more serious crimes with more sever consequences. Brandi can assist you in challenging the enhancement if your charge or mitigating the consequences for that charge.

Assault
Assault is one of the more serious crimes you can be accused of in the state of Texas, as it carries some of the harshest penalties.

Because the Texas Penal Code provide that an assault occurs when you intentionally, knowingly or recklessly strike someone, charges can be the result of an accident. In Texas, assault charges can also be filed if you threaten to harm someone. As a result, a heated argument or bad joke could result in this in your being charged with assault. Finally, assault charges can be filed if you touch someone in a manner that provokes or offends them. This provision leaves a lot of room for interpretation since what provokes or offends one may person may be welcome or have no effect whatsoever on another.

The class or degree of the charge may be increased, resulting in harsher penalties being possible, if you are accused of assaulting a family member, if you have been convicted multiple times, if the alleged victim was seriously harmed or their ability to breathe was restricted during the assault, or if there was a weapon used during the incident.

These charges can also be enhanced if you have previously been convicted for assault, regardless of the circumstances related to the previous conviction. Along with the possibility that fines, court courts, a period of probation, community services, classes or even jail time could be required by the court, a conviction for assault can come with additional consequences in the future. The consequences can include the possibility of enhancement if you are ever charged with assault again, the elimination of your ability to own or possess a firearm, the restriction of your ability to work in certain fields or obtain a profession license. For these reasons, it is important that you contact an experienced and qualified criminal defense attorney like Brandi Underwood who has been serving North Texas for more than ten years.

Burglary of a Habitation, Building or Vehicle
Burglary is the entry into a home, building or vehicle, which is not open to the public at the time, without the consent of the owner and with the intent to commit a felony, theft or an assault.

Burglary is one of the most common offenses in Texas among both juveniles and adults. As it is such a common offense, it is often subject to enhancement based on previous convictions for the same or a similar offense. Again, you can be charged and convicted of a burglary when you are with another person or a group of people and you are not the person who broke in or entered the home, building or habitation.

Brandi Underwood is well versed in negotiating favorable outcomes in burglary charges and the enhancements that often come with those charges.

Possession of a Controlled Substance/Marijuana
Though several states have made it legal to possession marijuana in a variety of situations, marijuana is still illegal in the state of Texas. The Texas Penal Code also provides that possession of any prescription drug for which you do not have a prescription is a criminal offense, as is possession of those commonly recognized illegal drugs such as methamphetamines, cocaine, heroin and others.

Under Texas law, possession amounts to having the ability to easily access the substance. This means that the presence of a drug in your home or vehicle, even if you did not personally place the drug there, even if you didn’t even know it was present, could result in you being charged with possession of marijuana or a controlled substance.

Brandi Underwood understands that addiction is often at the heart of such cases and can help you explore your options, including the possibility of participation in a pre-trial diversion, first time offender or drug court program. To consult your case, contact Underwood Law Office at (940) 372-0931 or by filling out the online contact form

A forgery charge requires that the you were aware that the written item was false and that you intended to use the item to obtain funds or property, which did or would have cause a loss to another person. I

f you are accused of forgery, there are many arguments Brandi can make to defend you, including that the forgery was an accident, that someone else is responsible, or that there simply is not enough evidence for a conviction. Protect your future and rights by calling Underwood Law Office at (940) 372-0931 or by filling out the online contact form.

Child Endangerment
Under Texas Law, child endangerment is defined as intentionally, knowingly recklessly or with criminal negligence, by act or omission, engages in conduct that places a child younger than 15 years old in imminent danger of death, bodily injury, or physical or mental impairment.

Not only do charges of this nature come with severe criminal consequences, they will also likely result in Child Protective Services become involved with the children and parents who were involved. Because of the dual nature of these charges, a conviction can have serious consequences which often expand beyond those of other criminal charges.

You Have Options!
Most clients charged with a criminal offense ultimately seek an acquittal of the charges against them. This goal can only be accomplished by taking the case to trial and receiving a “not guilty” verdict. The decision to take a case to trial must be carefully considered since success at trial could result in an acquittal but failure could result in consequences that are harsher than those offered by the prosecutor as a plea bargain. Before making the decision to take your case to trial, you will need to carefully weigh the circumstances of your case, the applicable legal requirements for a conviction, the costs of a trial and the possible consequences of a “guilty” verdict at trial as oppose to alternative options. For that reason, all alternative options should be discussed and considered with an experienced attorney before a trial is elected.

The most obvious option that must be discussed and considered when consulting with a criminal attorney is a dismissal. Achieving this goal is dependent on the facts of the case and application of the law to those facts. Challenges that result in dismissal could include mistaken identity, a lack of probable cause for the police to stop or question you, a lack of knowledge or intent to commit the crime (with regard to some charges, or some other legal barrier to prosecution.

If a dismissal is not possible, there are numerous other options to be considered. Often the best options are specialized treatment programs such as a pre-trial diversion program, first time offender program, mental health program, DWI program or drug court program. There are specific eligibility requirements for each of these programs that your attorney can outline for you. Deferred probation may also be an option. Deferred probation would require you to complete a term of probation agreed upon by the prosecutor or ordered by the court that, if completed successfully, would not result in a conviction on your criminal record.

Because all these options are complex and require a detailed evaluation of both the facts of your case and the legal requirements to prove the charge against you, it is extremely important that you consult with an experienced attorney as soon as possible.

Criminal Representation in Texas
If you are accused of a crime in the state of Texas, your freedom is at stake. The best thing you can do is to contact an experienced criminal defense attorney in your area, like Brandi who will discuss your case personally and explore best options for you. If you are in Denton, Aubrey, Pilot Point, Sanger, Krum, Carrollton, Flower Mound, Lewisville, Plano, Frisco, Prosper, Celina, Anna, McKinney, Allen, The Colony, or any of the other surrounding areas and in need of a reputable, experienced, and dedicated criminal defense attorney, call today to schedule a free consultation with Brandi at (940) 372-0931 or fill out our online contact form. 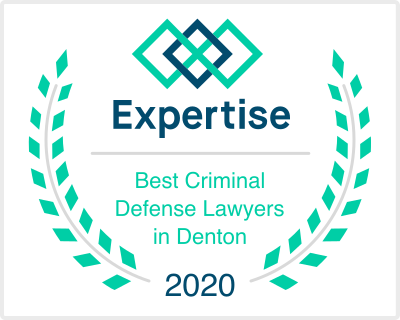